BBF – Winding Up the Foundation

Winding Up the Foundation

The Bernie Banton Foundation ceased fundraising or accepting donations as of 28 January 2020. Should you have bequeathed money to the Foundation, we would suggest you change your will. We recommend you consult with an applicable legal expert to do so.

To read more regarding donations and fundraising, please click [here].

The Bernie Banton Foundation was a Not For Profit Company Limited by Guarantee, as such the winding up of the Foundation is highly regulated by not only its’ own constitution, but also by the Australian Securities and investments Commission (ASIC) under the Corporations Act 2001 (Cth).

Also the Foundation’s Board of Directors were required before, or at the time of dissolution or winding up of the Foundation to select the entity or entities to which property would be transferred.

With this in mind, all unbranded and usable physical assets not needed for ongoing storage of records were offered to Cancer Council NSW.  We are pleased the Cancer Council accepted the offered assets, which were delivered to Woolloomooloo, NSW via a removalist taxi truck on 07 May 2020.  It is pleasing a like minded organisation, that the Foundation has had a strong relationship with, is in receipt of a significant amount of quality awareness and promotion equipment including marquees, seating, sound systems, lecterns, and display walls and stands, etc.

Notice of Appointment of Liquidators 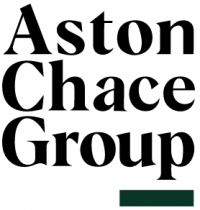 Final Winding Up of the Foundation

All fiscal reserves were disbursed to Reflections Through Reality Foundation Limited, by the way of a dividend at the rate of 100 cents in the dollar, on the 28th of October 2020 by the appointed Liquidator, Vincent Pirina of the Aston Chace Group.

The final ‘Winding Up’ of the Foundation was concluded, as originally estimated, on schedule by the final quarter of the 2020 calendar year.