Home About Us BBF – Board Members

The Bernie Banton Foundation has a diverse Board of Directors, each brings individual and unique strengths to the foundation. 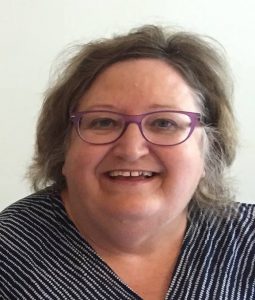 Amanda Richards is an experienced health and safety practitioner with well over two decades of professional experience. Amanda Richards has enjoyed a tremendously successful career filled with several significant accomplishments. Amanda originally had a nursing background and went on to work for the Queensland Nurses Union for 20 years. She was then elected as the Assistant General Secretary of the Queensland Council of Unions. Following a short stint with the Queensland Government Amanda went on to become the General Manager and later the Chief Executive Officer of the Asbestos Disease Support Society.

An expert in occupational health and safety, workers compensation, and corporate governance Amanda has served on a number government boards, state and national committees, such as the QSuper Board, QComp Board, QLeave Board, WHSQ Board to name a few.

In recent times Amanda has specialised in corporate governance, particularly in relation to the not-for-profit sector. Winthrop Professor Bruce Robinson is a respiratory physician at Sir Charles Gairdner Hospital and conducts teaching and research through the University of Western Australia’s School of Medicine and Pharmacology.  Bruce is the Co-Founder and immediate past (and inaugural) Director of the National Centre for Asbestos Related Diseases (NCARD) in Perth WA, he is credited with co-founding the International Mesothelioma Interest Group (IMIG) in 1991, and is a founding Director of the Bernie Banton Foundation.

Bruce graduated in Medicine from the University of Western Australia and during his career has worked and studied in Australia, the UK and the USA.  He is recognised internationally for his work in the field of asbestos-induced cancer, having designed the world’s first blood test for the diagnosis, monitoring and early detection of mesothelioma, conducted a world-first cancer immuno-gene therapy trial, and initiated seven other world-first tumour therapies. In addition Bruce has published over 160 scientific papers, three books and written over thirty invited book chapters.

He has received a number of prestigious awards, including the international Wagner Medal, the Research Medal of the Thoracic Society of Australia and NZ and the Premier’s Science Award (WA).  In 2013 Bruce was awarded an Order of Australia and Western Australian of the Year.  2018 saw Prof Bruce elected as a Fellow to the Australian Academy of Health and Medical Sciences in recognition of his outstanding contributions to health and medical research in Australia. Shaun is an environmental consultant with over 25 years experience in hazardous material remediation including asbestos removal and asbestos management.

From building his UK company, Armstrong York, to a team of over 40 staff and going on to achieve the United Kingdom Accreditation Service (UKAS), Shaun has a long history of involvement in construction, demolition, and large remediation projects. Shaun has been responsible for daily operations that include surveying and project management of a wide range of buildings, from domestic properties through to large office, industrial and commercial complexes.

Since moving from England to Australia in 2012 with his family, Shaun has played his part in laying the foundations for ANZ Enviro to become one of the leading hazardous material remediation companies in Australia and New Zealand.

Shaun is truly passionate about making the hazardous material removal industry as safe as it can be. He considers it an honour being a director on the board of the Bernie Banton Foundation, and is proud to work with ANZ Enviro, where the team offers a full, strategic management package, working in partnership with their clients throughout Australia and New Zealand. 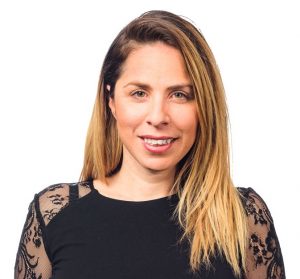 Michelle Wood has spent over 16 years working in public affairs, marketing and communications and is currently the Director of Communications – Australia and New Zealand for Uber.  Prior to joining Uber, Michelle held the position of general manager of communications at the Australian Institute of Company Directors (AICD). Michelle has also held positions as the Director of Communication at the Macquarie Graduate School of Management and held marketing and communication roles with the University of Sydney and the Australian Mission to the United Nations in New York. Michelle is the Deputy-Chair of the Australian Republican Movement and the Executive Director of the Sydney Salon – Sydney’s leading discussion forum.  Michelle is completing a PhD in business at MGSM, to add to her Masters of Research (business) and also has as Bachelor of Media from Macquarie University.